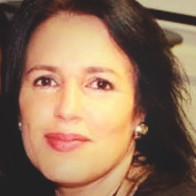 Simone has been the CEO of GNL since 2015. She has a background in Aboriginal arts administration, youth work, child protection and community development.

Simone strongly believes that connection is the most important element when working with families, children and young people. Many Aboriginal families have been disconnected from family and culture through no fault of their own and it is paramount to allow reconnection to evolve safely and without judgement. She also believes that Aboriginal people have been denied for too many years opportunity and the right to participate in their own country on a fair and equitable playing field.

In her spare time, Simone enjoys watching good movies and even better comedy, and listening to audiobooks. 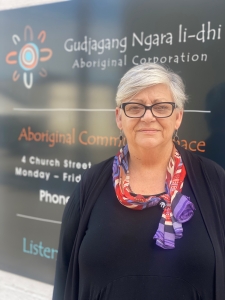 Lisa is a proud Nunga woman from the Fleurieu Peninsula SA. She has lived and worked in NSW since the early 1970s.

Lisa has been involved with GNL since its inception in 2012 and continues to be a committed support to the organisation. She is inspired by GNL’s passion and commitment to the community’s social and emotional wellbeing, reinforcing the importance of connection to culture and delivering cultural therapeutic care programs that support individuals and families to thrive.

Lisa has an extensive career history across both government and not-for-profit organisations, establishing and delivering service outcomes for children, young people and families through programs and initiatives. She has a B.Sc. in Social Science from Charles Sturt University and qualifications in nursing, counselling, and management.

In her spare time, Lisa enjoys cooking, crafting and caring for her indoor plants. 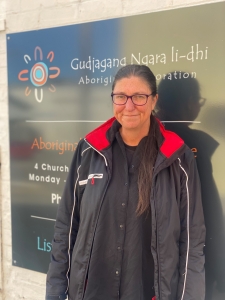 Parity is a proud Wiradjuri woman who has lived on Darkinjung Country for the past three years, where she taxis her two teenage children around the coast, Unique and Dante. She grew up mostly in Sydney but has also lived in South Australia and Western Australia.

Parity is a Parenting and Early Years Practitioner at GNL. She has been with GNL for seven months now and loves the opportunities she has had to build connections with community.

Parity has a diploma in Children Services and has worked across day care, family day care, nannying, administration and hospitality services. Previously, Parity spent 16 years as the Director of Abbotsford Community Centre’s out of school hours activities, where she watched attendance grow from 40 children a day to 150 children a day.

In her spare time, Parity enjoys music, dancing, learning new things, and travelling. She has spent time travelling and working across England, Europe and South Africa. 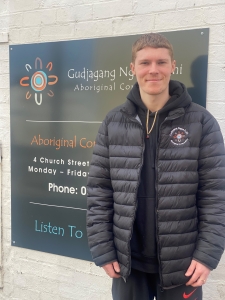 Bryce is a proud Darug man from Katoomba but has lived on Darkinjung land for most of his life. He currently resides in Wyong and is heavily involved in his community.

Bryce is a Youth Mentor at GNL. His time with GNL started as a member of the Barudir Youth Group. When he finished school in 2020, he was seeking additional opportunities to be involved with community when the opportunity arose for him to become a mentor with GNL. He now runs the new Barudir youth program. He now runs the new Barudir program, helping young people to engage with their community and build on their potential through a range of programs that encourage development and growth in all areas of their life. Bryce loves working at GNL because his passion is connecting young people to community.

In his spare time, Bryce enjoys spending time with his friends and playing sport, including basketball. He supports many sport teams, but his favourite is the Parramatta Eels. 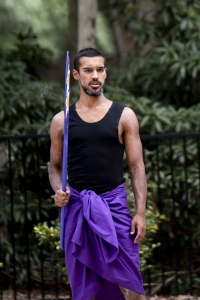 Josef is a proud young Badtjala man from Kgari. As a child, he had the privilege of growing up on Darkinjung country. He considers himself a child that was raised by community and as such understands how important connections and relationships are, and the lack of belonging that can be felt if they are not nurtured.

Josef is a Youth Mentor at GNL. He loves working at GNL because he gets to work in a culturally safe workplace that allows him to work with his young brothas and sistas in a culturally rich and creative space. 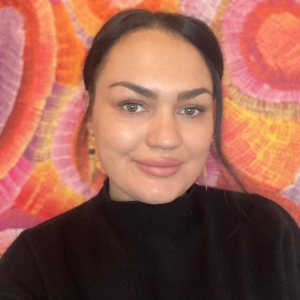 Natasha is a proud Euahlayi yinarr (woman) born and raised on Darkinjung country, where she raises her three beautiful daughters Ava, Indie and Ochre.

Natasha is an Aboriginal Family Worker at GNL. In her role, she provides casework support to vulnerable families and children, and facilitates our women’s group and Aboriginal dance classes. She considers this work to be her most fulfilling so far.

Her passion advocating for Aboriginal people started when she was 10 years old, when she wrote a letter to Pauline Hanson in response to the disparaging comments she made about Cathy Freeman prior to the 2000 Olympics. Today, she continues to stand up for the rights of Aboriginal people in any capacity she can.

Natasha also runs her own business and is a contributing author on Aboriginal issues at Mamamia, Australia’s largest independent women’s media group. She is also an artist and in her spare time enjoys painting. 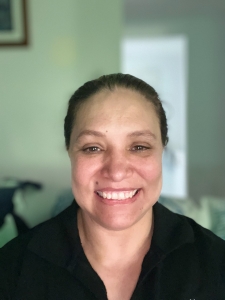 Christine is a proud Darug and Gamilaroi woman who has lived on Darkinjung country for the past 10 years, where she now raises her teenage son.

Christine is an Aboriginal Family Worker at GNL. In her role, she provides casework support to vulnerable families and children.

Christine has been working with the Aboriginal community for over 26 years across Sydney and in the Centra Coast. She has worked for both government and non-government organisations in HR, Aboriginal employment and training, child protection, and early intervention. She is also a qualified counsellor specialising in children, adolescent and general counselling.

In her spare time, Christine enjoys going to CrossFit to support her physical and mental wellbeing, and spending quality time with her so. 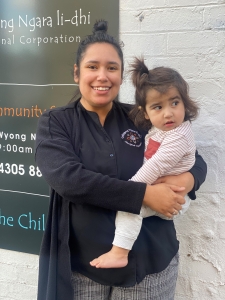 Bella is a proud Mandandanji woman on her mother’s side and Bunjalung and Dunghutti woman on her father’s side. She feels privileged to have lived and worked on Darkinjung Country for the past 20 years, attending Kanwal Public & Gorokan High Schools.

Bella is a Program Support Worker at GNL and feels fortunate to have the opportunity to explore and apply her creative side through the work she does with the Darkinjung community.

She completed an Events Management Cert III traineeship at the Darkinjung Local Aboriginal Land Council in 2017, as well as a Business Studies Cert II qualification.

When she is not at work, she is a busy mum to her 18-month-old baby boy who she absolutely adores. Her hobbies include walking and listening to music, playing oztag, cooking, playing guitar, watercolours, Tarot, and astrology.

Miya is a proud Mandandanji woman on her mother’s side and Bunjalung and Dunghutti woman on her father’s side. Miya was born in Sydney but moved to the Central Coast when she was six months old, so Darkinjung Country is her home.

Miya is a Program Support Worker at GNL. She is grateful and proud to have the opportunity to work with the Darkinjung Aboriginal Community and to support her people. She is passionate about ensuring that the community sees GNL as a safe space to come and connect with the community. 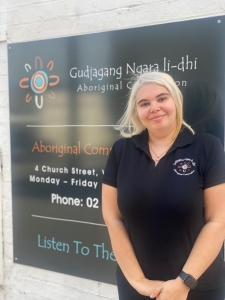 Nareika-Dee is a proud Wiradjuri woman. She was born in Newcastle and has lived in Darkinjung Country her entire life.

Nareika-Dee is a Youth Mentor at GNL. She work with the young girls that are a part of our service and provide them with support and guidance to help them meet the goals they have set for themselves.

In her spare time, Nareika-Dee enjoys socialising with friends, supporting her football team, and walking her dog.

Gudjagang Ngara li-dhi Aboriginal Corporation acknowledge the lands of the Darkinjung that we are privileged to work and live upon. We acknowledge the wisdom of our elders and include their voice in all that we do in our community. We also acknowledge the importance of nurturing our children and their important contribution to our combined story.